This posting is enabled through the kind permission of Jess Emerton who received financial assistance from the Kathleen Cooks Bequest Fund to attend the DARTS3 conference in June 2012. This is Jess' report from the Conference.

Attending conferences is expensive, so I’m grateful to Kathleen Cooks, a librarian in Llandudno, who bequeathed a sum of money for the benefit of libraries and librarians in the country because one of the ways the money is used by CILIP Wales is funding librarians to attend conferences.  My recent application was successful and I was delighted to receive the award, mainly because the costs would be greatly reduced for my institution but also because it recognised the value of my attendance and the strength of my application.  If anyone else is thinking of applying for the Kathleen Cooks funding, I would recommend doing so.  The application process was straightforward and CILIP Wales were very helpful throughout.

The conference was the Third Discover Academic Research Training and Support Conference (DARTS 3) on the subject of library support for research in Higher Education.  It was held on the 28th and 29th of June 2012 in Dartington Hall, Devon.  The conference was organised by CILIP University, College and Research Group, South West (now part of the new Academic and Research Libraries Group). 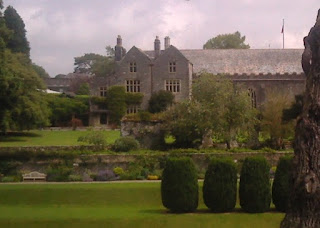 And the cat of the title?  Well, it was a resident moggy who wandered amiably in and out of the conference room during the sessions and was a symbol, for a cat lover like myself, of the engaging nature of the conference.  Those who organised the conference managed to combine a friendly, relaxed atmosphere with an interesting programme and a beautiful venue (see photos!)  It was a place where conversations about research support and wider aspects of librarianship could, and did, prosper and for a fairly inexperienced conference attendee like myself, the discussions I had and the connections I made alongside the formal sessions meant it was an ideal example of the benefits of taking time out to attend such an event.

The Research Libraries UK (RLUK) recent major report ‘Re-skilling for Research’ looked at the changing needs of researchers and what we as librarians can do to better support researchers within our institutions.  Some of this may involve new roles for librarians and three of the sessions explored ideas around this.

The RLUK report was used as a basis for an activity in the session run by Neil Smyth from the University of Nottingham which was about engaging with business.  In the activity we highlighted which of the potential new roles were new, challenging or scary and Neil then went on to talk about the opportunities which can be created by taking on new roles.  He gave examples of working with researchers in new ways such as attending meetings to discuss highlight notices (intended to stimulate research proposals under specified themes) and taking on actions such as contacting a commercial partner (Neil brought in a publishing partner for one project).  This was a different slant on librarianship, which highlighted that it is part of the role of an academic to engage with business, so it should also be part of our role in supporting their research. 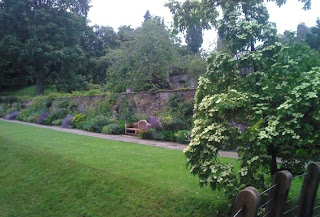 Another new role could be supporting researchers using social media and Jez Cope talked about the Connected Researcher workshops he runs at the University of Bath (similar to our own Connected Researcher workshops).  I liked the way Jez ran the activities in the workshops.  He gave the researchers a goal he wanted them to achieve and they got there through working things out for themselves and helping each other rather than via instructions.  For example he just asked them to send a tweet (with the workshop hashtag) rather than going through step-by-step how to use twitter.  Other useful interactions then happened naturally.  This approach was something to think about in relation to the teaching I do.

Three extra links from Jez’s session worth sharing: the Diigo bookmarks from his workshops, the RIN report ‘Social media: a Guide for researchers’; a data sharing web site called ‘Figshare’ which could be used to upload data associated with research papers.

What about librarians as researchers?  Miggie Pickton from the University of Northampton used her session to ask us to consider the benefits of carrying out research ourselves and we came up with a huge number, both to the individual, the organisation and the profession.  During another activity we thought about the barriers to carrying out research, but for each barrier Miggie made us come up with a possible solution which led to a very positive session.  Miggie also talked about the successful Library and Learning Services conference held recently at Northampton.  It was inspiring to hear about the focus on research at Northampton, where it is an objective in appraisals and senior staff are expected to bid for funding, conduct research projects, present at conferences and publish.

There is much to inspire and excite within these challenging new roles. 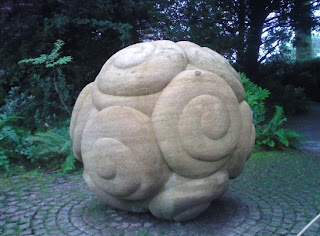 The issue of how best to manage and store research data is a hot topic in Higher Education at the moment.  While institutions are getting to grips with managing and storing research outputs in institutional repositories, the data created and used in the research is generally not being managed in an effective way.

The session by Gareth Cole from the University of Exeter (also running a JISC funded project on research data management) particularly focused on the training required by researchers and by library staff in the area of research data management.  We all completed a questionnaire about training during the session, the results of which have been written up in a couple of blog posts.  I agreed with Gareth’s emphasis on the importance of training PhD supervisors on managing research data as well as students; I certainly find that getting supervisors on board is key to influencing my PhD students.

So, lots to think about - what is currently being done about research data management in our institutions and how should we be involved as librarians? 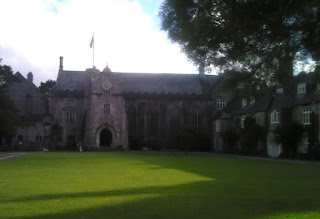 It’s great to hear about ways other Universities are supporting researchers and even better if they share the material they use and make resources reusable.  So a big thank-you to the East Midland Research Support Group eMRSG, represented here by Elizabeth Martin (DMU) and Jennifer Coombs (University of Nottingham),who outlined their online tutorials for researchers.  There is a module on disseminating your research, with one on reference management to come.  A great feature is the short ‘talking heads’ videos, featuring real-life researchers, which come across as relevant, credible and engaging.  The tutorials can be reused in whole or in part and are available via JORUM.

Preparing for the Research Excellence Framework (REF) is a key priority for universities and Anna Dickinson from the REF team kicked off the conference with a really useful outline of the REF.  I hadn’t been aware before of the range of ways the impact of research could manifest itself or the fact that journal impact factors are not taken into account in the assessment.  Discussion after Anna’s presentation included questions about open access in relation to the REF; open access has been a big news story of late and it surfaced here and throughout the conference.

This UC&R South West blog post links to the conference presentations on Slideshare and to various blog posts about the event.  The post also includes some photos of the beautiful venue… but none of the resident cat I’m afraid!

CILIP Cymru Wales
The Chartered Institute of Library and Information Professionals (CILIP) Wales came into being on 1 April 2002, and is a Branch of CILIP. CILIP Cymru / Wales asserts that high quality library and information provision is a fundamental requirement for an informed, democratic, and bilingual society in Wales and through its members it seeks to make such provision available to all. CILIP Cymru Wales works for the benefit of our members, the wider library and information community, and for the benefit of society. Please contact us at wales@cilip.org.uk